Sleep was not a possibility.  Bosch knew this.  He stood on the porch looking down on the carpet of lights and let the chill air harden his skin and his resolve.  For the first time in months he felt invigorated.  He was in the hunt again.  He let everything about the cases pass through his mind and made a mental list of people he had to see and things he had to do.

On top was Lucius Porter, the broken-down detective whose pullout was too timely, too coincidental to be coincidental.  Harry realized he was becoming angry just thinking about Porter.  And embarrassed.  Embarrassed at having stuck his neck out for him with Pounds.

He went to his notebook and then dialed Porter’s number one more time.  He was not expecting an answer and he wasn’t disappointed.  Porter had at least been reliable in that respect.  He checked the address he had written down earlier and headed out.

Driving down out of the hills he did not pass another car until he reached Cahuenga.  He headed north and got on the Hollywood Freeway at Barham.  The freeway was crowded but not so that traffic was slow.  The cars moved northward at a steady clip, a sleekly moving ribbon of lights.  Out over Studio City, Bosch could see a police helicopter circling, a shaft of white light cast downward on a crime scene somewhere.  It almost seemed as if the beam was a leash that held the circling craft from flying high and away.

He loved the city most at night.  The night hid many of the sorrows.  It silenced the city yet brought deep undercurrents to the surface.  It was in this dark slipstream that he believed he moved most freely.  Behind the cover of shadows.  Like a rider in a limousine, he looked out but no one looked in.

There was a random feel to the dark, the quirkiness of chance played out in the blue neon night.  So many ways to live.  And to die.  You could be riding in the back of a studio’s black limo, or just as easily the back of the coroner’s blue van.  The sound of applause was the same as the buzz of a bullet spinning past your ear in the dark.  That randomness.  That was L.A.

There was flash fire and flash flood, earthquake, mudslide.  There was the drive-by shooter and the crack-stoked burglar.  The drunk driver and the always curving road ahead.  There were killer cops and cop killers.  There was the husband of the woman you were sleeping with.  And there was the woman.  At any moment on any night there were people being raped, violated, maimed.  Murdered and loved.  There was always a baby at his mother’s breast.  And, sometimes, a baby alone in a dumpster. 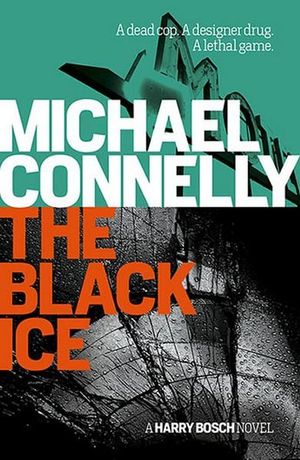