As he drove along Mulholland Drive toward the Cahuenga Pass, Bosch began to hear the music.  It came to him in fragments of string and errant horn sequences, echoing off the brown summer-dried hills and blurred by the white noise of traffic carrying up from the Hollywood Freeway.  Nothing he could identify.  All he knew was that he was heading toward its source.

He slowed when he saw the other cars parked off to the side of a gravel turn-off road.  Two detective sedans and a patrol car.  Bosch pulled his Caprice in behind them and got out.  A single officer in uniform leaned against the fender of the patrol car.  Yellow plastic crime-scene tape — the stuff used by the mile in Los Angeles — was strung from the patrol car’s sideview mirror across the gravel road to the sign posted on the other side.  The sign said, in black-on-white letters that were almost indistinguishable behind the graffiti that covered the sign:

The patrol cop, a large man with sun-reddened skin and blond bristly hair, straightened up as Bosch approached.  The first thing Bosch noted about him other than his size was the baton.  It was holstered in a ring on his belt and the business end of the club was marred, the black acrylic paint scratched away to reveal the aluminum beneath.  Street fighters wore their battle-scarred sticks proudly, as a sign, a not so subtle warning.  This cop was a headbanger.  No doubt about it.  The plate above the cop’s breast pocket said his name was Powers.  He looked down at Bosch through Ray-Bans, though it was well into dusk and a sky of burnt orange clouds was reflected in his mirrored lenses.  It was one of those sundowns that reminded Bosch of the glow the fires of the riots had put in the sky a few years back.

“Harry Bosch,” Powers said with a touch of surprise.  “When did you get back on the table?”

Bosch looked at him a moment before answering.  He didn’t know Powers but that didn’t mean anything.  Bosch’s story was probably known by every cop in Hollywood Division.

He didn’t make any move to shake hands.  You didn’t do that at crime scenes.

“First case back in the saddle, huh?”

Bosch took out a cigarette and lit it.  It was direct violation of department policy but it wasn’t something he worried about.

“Something like that.”  He changed the subject.  “Who’s down there?”

“Edgar and the new one from Pacific, his soul sister.”

Bosch said nothing further about that.  He knew what was behind the contempt in the uniform cop’s voice.  It didn’t matter that he knew Kizmin Rider had the gift and was a top-notch investigator.  That would mean nothing to Powers, even if Bosch told him it was so. Powers probably saw only one reason why he was still wearing a blue uniform instead of carrying a Detective’s gold badge: that he was a white man in an era of female and minority hiring and promotion.  It was the kind of festering sore better left undisturbed.

“Anyway, they told me to let Emmy and Sid drive on down when they get here.  I guess they’re done with the search.  So you can drive down instead of walking, I guess.”

It took a second for Bosch to register that Powers was referring to the medical examiner and the Scientific Investigation Division tech.  He’s said the names as if they were a couple invited to a picnic.

Bosch stepped out to the pavement, dropped the half cigarette and made sure he put it out with his shoe.  It wouldn’t be good to start a brush fire on his first job back on the homicide table.

“I’ll walk it,” he said.  “What about Lieutenant Billets?”

Bosch went back to his car and reached in through the open window for his briefcase.  He then walked back to Powers.

“You the one who found it?”

Powers was proud of himself.

“Keep a slim jim in the car.  Opened the door, then popped the trunk.”

“What did you touch?”

Powers had to think about it for a moment.

“Door handle, the trunk pull.  That’d be about it.”

“Did Edgar or Rider take a statement?  You write something up?’

“Listen, Powers, I know you’re all proud of yourself, but next time don’t open the car, okay?  We all want to be detectives but not all of us are.  That’s how crime scenes get fucked up.  And I think you know that.”

Bosch watched the cop’s face turn a dark shade of crimson and the skin go tight around his jaw.

“Listen, Bosch,” he said.  “What I know is that if I just called this in as a suspicious vehicle that smells like there’s a stiff in the trunk, then you people would’ve said, ‘What the fuck does Powers know?’ and left it there to rot in the sun until there was nothing left of your goddamn crime scene.”

“That might be true but, see, then that would be our fuckup to make.  Instead, we’ve got you fucking us up before we start.”

Powers remained angry but mute.  Bosch waited a beat, ready to continue the debate, before dismissing it.

“Can you lift the tape now, please?”

Powers stepped back to the tape.  He was about thirty-five, Bosch guessed, and had the long-practiced swagger of a street veteran.  In L.A. that swagger came to you quickly, as it had in Vietnam.  Powers held the yellow tape up and Bosch walked under.  As he passed, the cop said, “Don’t get lost.” 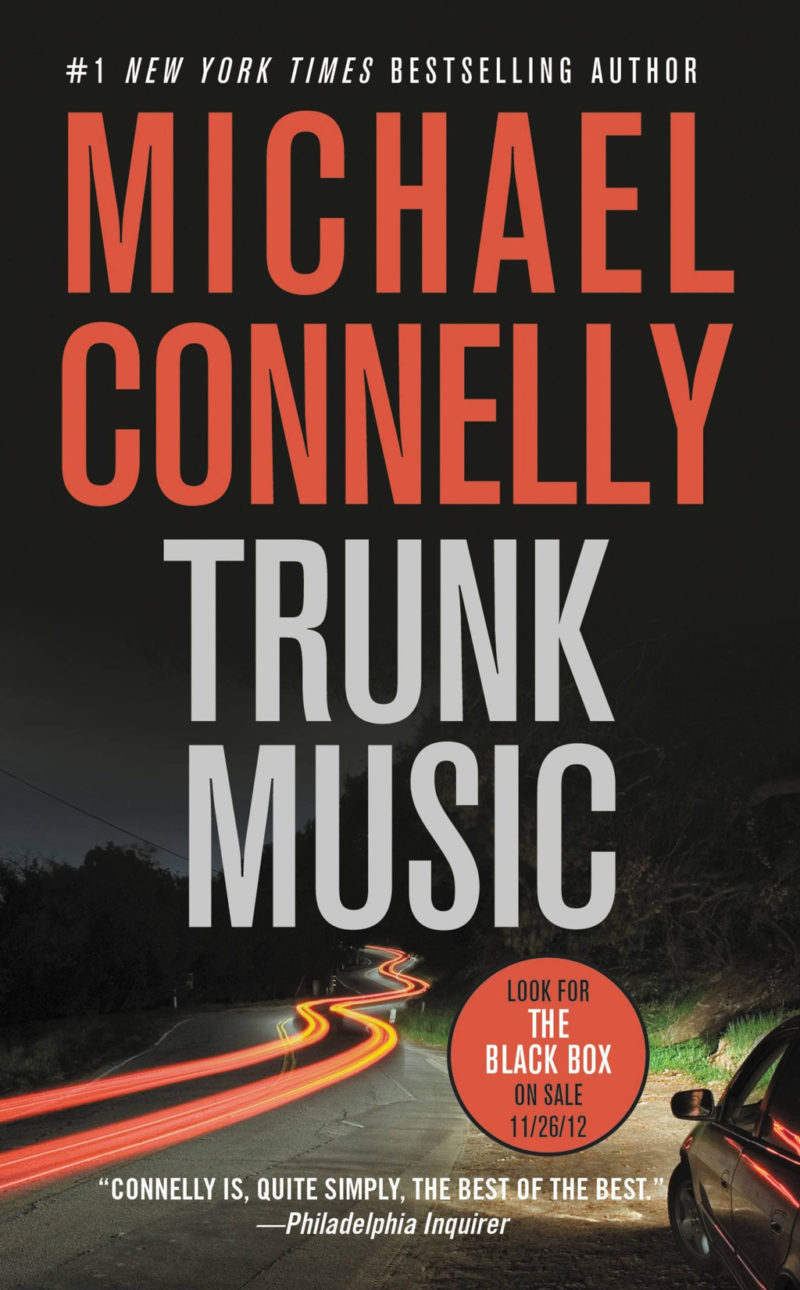